This ecological river corridor connects the high mountain (SCI Montaña Oriental and SCI Montes de Valnera) with the near-shore and litoral zone (SAC Puntal Dunes and Estuary of Miera River). The protected area also includes the main tributaries of the river Miera such as Aguanaz, Pámanes and Pontones.

A singular feature of this river is the practical inexistence of a typical middle section, since it undergoes a remarkable and rapid change from characteristics of a mountain river to an aspect of lower stretches of a river, in the surroundings of the town of Liérganes.

The upper basin is characterized by its strong deep because of crossing calcareous reliefs, and by the presence of well conserved alder groves and willow forests that constitute gallery forests in some areas.

In the vicinity of its mouth, both the Miera and its main tributaries run sinuously between meadows and urban areas, with its banks occasionally marked by narrow strips of alders, which make up a landscape typical of the countryside.

As for the fauna present in this SAC, the otter that has recently recolonized the high reaches of this river, as well as a small population of salmon and an increasingly better trout population, both are the results of different initiatives of fish restocking. 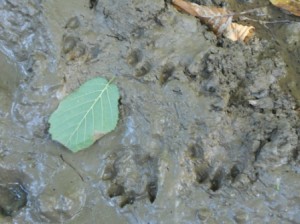