The European otter (Lutra lutra) is a carnivorous mammal of the mustelid family that lives in aquatic habitats. Its body is large and slightly flattened, measures between 59 and 85 cm, to which is added the tail, about 25 to 60 cm long. Its legs are short and between its five fingers there is an interdigital membrane which facilitates the swimming and diving. The dark brown hair is thick and impermeable, being more intense in the loin than in the extremities, and in the belly is gray, less in the throat that is whitish.

Its presence in the Miera basin was confirmed, through the censuses carried out in 2005 for the Species National Inventory, after many years disappeared. During the preparatory actions of LIFE Miera, not only the presence of the otter in the Miera river, but also in its main tributaries has been confirmed. The otter is distributed from the mouth to the upper course, although it is absent at the headwaters of the Miera, because it does not find a favorable habitat. The scarce tree cover on the riverbank and the absence of fish in the river in that area are fundamental factors.

In order to improve the quality of otter habitat in the Miera basin, land stewardship agreements have been reached to extend the width of the riparian forest to about two kilometers of the middle course of the Miera and Pontones rivers. Limited the access to cattle to the river in another two kilometers and the installation of new shelters for the otter has been promoted in favorable zones for the species.

Since the otter is currently absent at the headwaters of the Miera and the young specimens carry out their migrations of dispersion both in the basins and in the mouths; LIFE Miera has implemented a habitat improvement action in the headwaters, so as to favor connectivity between the Rucabao stream basin, a tributary of the Pas and the Bernallán stream, a tributary of the Miera; both located at the headwaters. Thus, the river bank has been expanded in 1,400 meters of river and has created a system of about twenty ponds and drinking troughs that connect both streams. In which the reproduction of various amphibians, such as the red frog, the Palmated and Alpine newt are encouraged. These amphibians, once adults, will serve as food for the otter in their movements between the basins of the Pas and the Miera rivers. 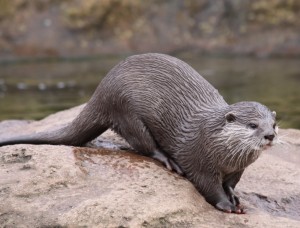 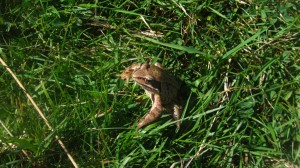