The estuaries constitute the main exchange area for the flow of energy and nutrients between the terrestrial environment and the marine environment, giving space to very varied environments from the ecological point of view. They are subject to the influence of the tides and characterized by the mixture of saline and sweet water which fluctuate in space and time.

These habitats, where this permanent mixture of waters converge, are joined by the contribution of sediments from the river and the sea, producing highly diversified landscapes with a great biological diversity.

The Miera estuary or the Cubas estuary is subject to intense anthropic pressure; fillings, drying land, construction of dams, etc., which have altered the natural slope of the banks, the composition of the funds and their conditions. Due to this, it is unusual to find places where this succession is reflected from the subtidal channel zones to the areas of mature marsh flooded only by the high tides.

The Eastern baccharis, the enemy of the seaside

One of the greatest threats of estuaries is the presence and proliferation of invasive and alien species, such as Eastern baccharis (Baccharis halimifolia). This shrub original of North American is widespread in Cantabria and the Basque Country, considering these two regions as a focus of dispersion of this species. The loss of biodiversity is one of the consequences that derive from the presence of this type of species, since these occupy the habitat of the native species which are displaced or doomed to disappear. 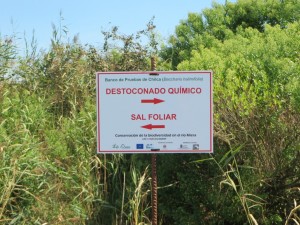 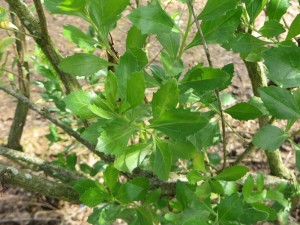 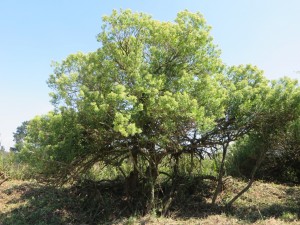 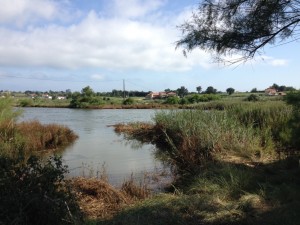 The LIFE Miera Project works firmly in the elimination of the Eastern baccharis in the Ria de Cubas and the Marisma del Conde wetland, using the technical and personal means at its disposal to replace the colonized areas by this North American shrub with native vegetation, such as the bay, the oak or the hawthorn and boost the growth of marsh species such as the European beachgrass.

In addition, several training and awareness-raising activities have been carried out, among which the campaign to raise awareness about the invasive flora species that has had the publication of an informative brochure on the methods of elimination of the main species of invasive flora presents in the Miera basin and the gathering of 5 workshops of Ecological Gardening in different towns and villages of the middle and lower course of Miera River. These workshops are focused on developing awareness among local population on how to prevent the appearance of invasive species in our gardens and how to gardening in a more responsible and environmental friendly way.