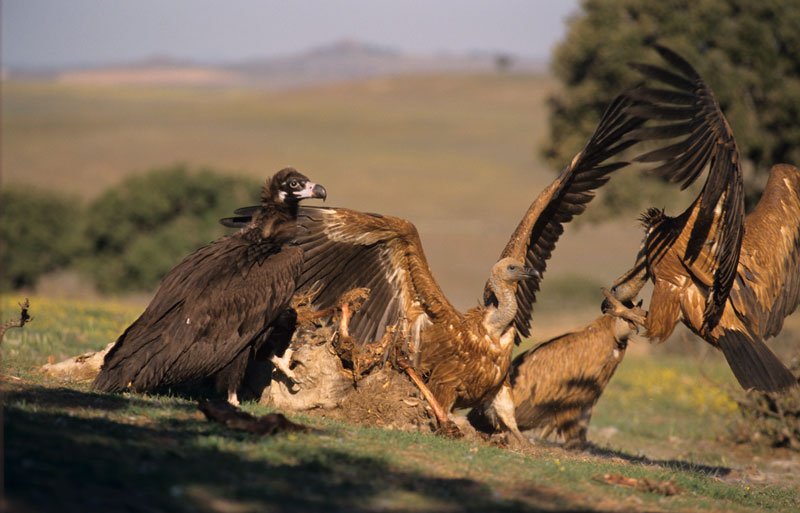 The province of Salamanca, and specifically the region of Ciudad Rodrigo or Campo Charro, are the enclave of the Iberian West in which FNYH manages two of its reserves included in the Program “Areas for Life”: Dehesa of Boyal of Espeja and Cliffs of Agueda.

The natural interest of this region of Ciudad Rodrigo or Campo Charro is evidenced by its inclusion in the Natura 2000 network, by declaring Sites of Community Importance (SCI): el Rebollar, 49.850 ha, Campo de Azaba, 36.495 ha and Campo de Argañán 17.303 ha; and the declaration of the latter two as special protection areas for birds (SPAs).

Campo Charro is an area of great natural value, with a characteristic landscape composed by large Mediterranean forests of holm oaks and meadows, which constitute one of the main values that led to its inclusion in Natura 2000. This landscape hosts a wide range of animals species protected under different legal figures from the National Catalogue of endangered species (Special Interest, Vulnerable or endangered), as the black stork (Ciconia nigra), the imperial Eagle (Aquila adalberti), the black vulture (Aegypius monachus ), golden eagle  (Aquila chrysaetos) or the Eagle Owl (Bubo Bubo).

In this area, bounded on the south by the mountains of Gata and France and west with neighboring Portugal and its Natural Reserve Sierra de Malcata, are located the municipal reserves Cliffs of Agueda and Dehesa Boyal de Espeja, both managed by FNYH and included in the Program “Areas for Life”.