The human presence in the Western Iberian Peninsula is very limited, with few population centers that may be called “urban”. The population density of the area as a whole is only 18 to 20 habitants / km2. To get an accurate idea of what these population densities mean, they can be compared with European records (114 inhabitants / km2 for the whole EU-27) or national (93.51 hab / km2 in Spain and 114.3 hab / km2 in Portugal in the European average). This situation is the result of a continuous population negative trend of the entire target area, both in Spain and Portugal. This continuous population drain seems to not stop in a short-term.  Actually, it increases daily the rate of aging, with the exception of the regional capitals and core services such as Ciudad Rodrigo and Castelo Branco. 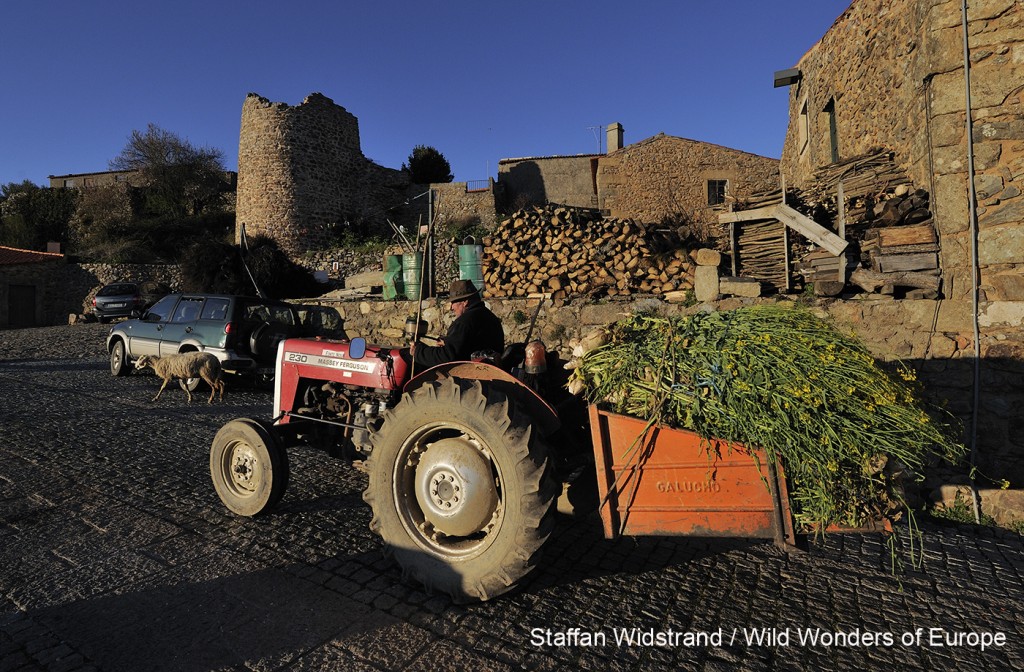