It is a comprehensive program of action which include various actions aimed at the preservation and enhancement of biodiversity and ethnographic heritage of the Pasiega Mountain and Eastern Cantabria, specifically focused on the head of the valleys of the Pas, Miera, Ason and Soba. In addition, the project includes southern and eastern slopes of the massif, located in the provinces of Burgos and Vizcaya, with the valleys of Trueba and Carranza, respectively.

The program has the support of the Ministry of Agriculture, Food and Environment, as one of the pilot projects within the framework of the National Rural Network.

Objectives of the programme 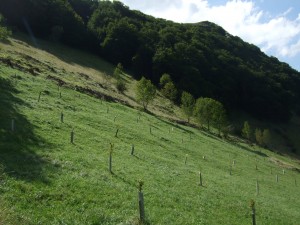 The Floating Forests. This is a project to restore forest habitats in areas of the fluvial heads of the Mountain Pasiega and East. This area, during the sixteenth and seventeenth centuries, suffered heavy deforestation due to the use of forest wood for the construction of ships in shipyards in the bay and artillery for them in the Royal Cannons Factories of Liérganes and La Cavada. This project is based on planting native species of the habitat, such as beech (Fagus sylvatica), birch (Betula alba), oak (Quercus robur and Quercus petraea), or ash tree (Fraxinus angustifolia) in areas belonging to the Network of Farms of Alto Pas, included in Areas for Life and in other spaces guarded by FNYH through agreements with municipalities owners. 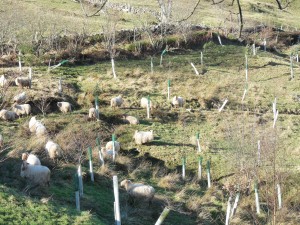 Silvopastoral management in the Network of  Farms of Alto Pas and Miera. The  Network of  Farms guarded by FNYH, located at the headwaters of the valleys of Pas and Miera, cover a series of marginal cattle lands in process of abandonment, where predominate strong slopes. The access is either on foot or horseback, chosen by virtue of their natural interest. These farms are used as a model of sustainable silvopastoral management: they have been reforested and protectors on all plants have been arranged, so the control of grass growth is done by a herd of sheep. Some of the existing pasiegas cottages on farms to keep the flock in winter and implements and tools, have also been restored.

This project helps to preserve the landscape, cultural heritage and traditional uses, while promotes enhancement of biodiversity

Recovery of local breeds. In addition to the herd of lacha sheep, the meadows of the Network of Farms are grazed by other local breeds of interest. The Pasiega red cow, a breed originally from Mountain Pasiega, that was considered extinct, it is the most relevant of the flock. Accompanied by a group of losinos horses originating in the Valley of Losa in Burgos, there are Spanish donkeys, a species that has been relegated from the farm lands due to mechanization in some cases and to abandonment in others. All these species perform the change “la muda” in the traditional way, which involves the relocation of livestock towards cabins at low altitudes during the winter and towards high mountain meadows during the summer.

In addition, since 2010, the flocks of local breeds are managed following the indications described in the Regulatory Council of the Ecological Agriculture Cantabria (CRAE-CN). FNYH Council has attached to this Council in order to provide a management model committed to the ecosystem and economically viable. 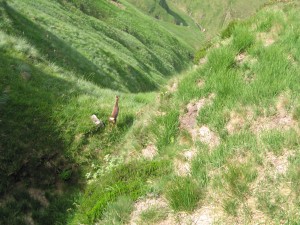 Sustainable hunting management. FNYH signed in 2007 a cooperation agreement with the Association of Hunting Grounds Assos, which includes 14 hunting grounds in 15 municipalities. This partnership includes the monitoring and control of hunts held in the reserves, by the forest rangers of the Foundation; tracking chamois populations and their distribution; knowledge of the populations of hunting species such as roe deer (Capreolus capreolus), wild boar (Sus scrofa), the European hare (Lepus europaeus) and Red-legged partridge (Alectoris rufa) and advice in drafting hunting plans. 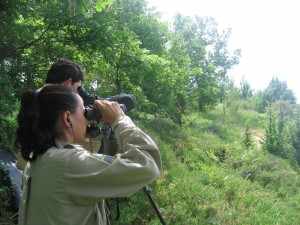 Surveillance against fires. The forest rangers of FNyH perform guard duty at the head of the valleys of Pas and Miera in order to detect and control possible caused fires. These fires usually aim to the renewal of pasture in areas where the cessation of livestock farming has fostered the growth of shrubs such as gorse (Ulex europaeus), as the next step of ecological succession to the original forest. Fires caused, when applied uncontrollably, have adverse consequences for the environment among them highlight: erosion, soil loss, reduced ability of natural forest regeneration, biodiversity loss and reduced productivity of pastures.

World Heritage. Since FNYH the inclusion of the Mountain Pasiega list of areas classified as World Heritage is being promoted. 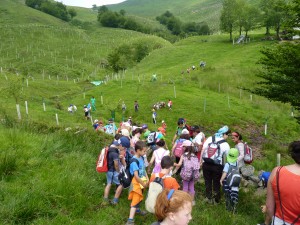 Environmental education. In the Mountain Pasiega, educational activities aimed to school and young people are being developed, supported by the Network of Farms of FNYH and the immense heritage, natural, cultural and landscape which the Mountain holds. In addition, there is an excellent volunteer program to reforest many areas of Mountain Pasiega, in order to improve ecological connectivity. 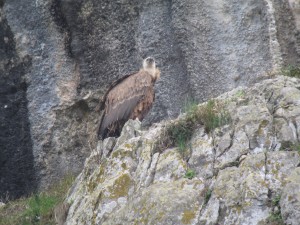 Species monitoring. The forest rangers of FNyH develop a work of monitoring and census of the most important species in the Mountain Pasiega. Along with chamois, a reintroduced species in the area for the foundation itself, are subject of monitoring, the griffon vulture (Gyps fulvus), the Egyptian vulture (Neophron percnopterus) and the peregrine falcon (Falco peregrinus).

In addition, FNYH is responsible for monitoring some grids of the Mountain Pasiega and Eastern included in the nocturnal birds sampling program, Noctua.