This reserve is managed through an agreement between the neighborhood council of Pámanes, Liérganes Town Hall and FNYH.

Natural Place of los Pozos de Valcaba is located at the foot of the southern slope of Peña Cabarga, within the Natural Area of the Massif of Peña Cabarga. Access is located in the neighborhood of Tarriba de Arriba in the village of Pámanes.

The landscape is formed by two lagoons or wells from mining, which emerged during the extraction of iron ore, which occurred in different parts of the massif, as Cabárceno, from Roman times to the late twentieth century. The wells are surrounded by different very typical ecosystems in Cantabria, such as the Cantabrian holm oak on limestone, mixed hardwood forest or riparian forest, which implies the existence of many species of fauna, among them the badger, wild boar, roe deer, cormorants, white stork and many passerines and raptors.

However, the cessation of mining activities did not imply a restoration process. Consequently, nowadays the Cantabrian holm oak it is combined with opportunistic and invasive species in the vicinity of the wells. It highlights the riverbank colonized by black locust (Robinia pseudoacacia) and a large area populated by pampas grass (Cortaderia selloana).

Currently it is working on the recovery of habitats, consequently it will be possible to reduce the area of black locust and pampas grass, while the diversity of flora and fauna of the ecosystems represented increases. On the other hand, nesting of sand martin and white stork has been favored by installing nest boxes. 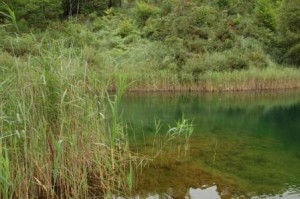 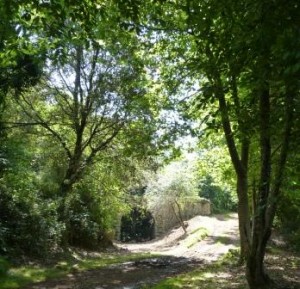 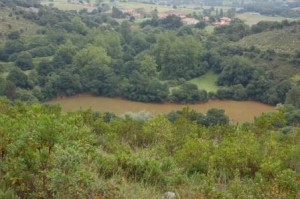 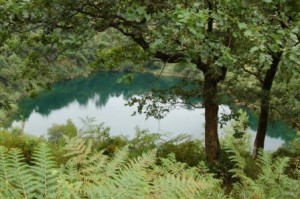 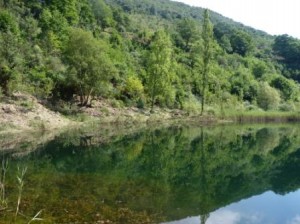