Construction of platforms for Bonelli’s eagle.

Construction of six construction platforms in Vale do Coa and other six in Tajo International as an incentive for Bonelli’s eagle nestles on trees; this measure may also be useful to other species such as the red kite and the black stork.

In Spain, where more than 90% of reproductive lesser kestrel pairs usually nestle on buildings, tasks of restoration reduce considerably the availability of spaces for nests. The rehabilitation and improvement of nesting sites is listed as a key action for this species in the whole area of action of the LIFE in the Western Iberian Peninsula. 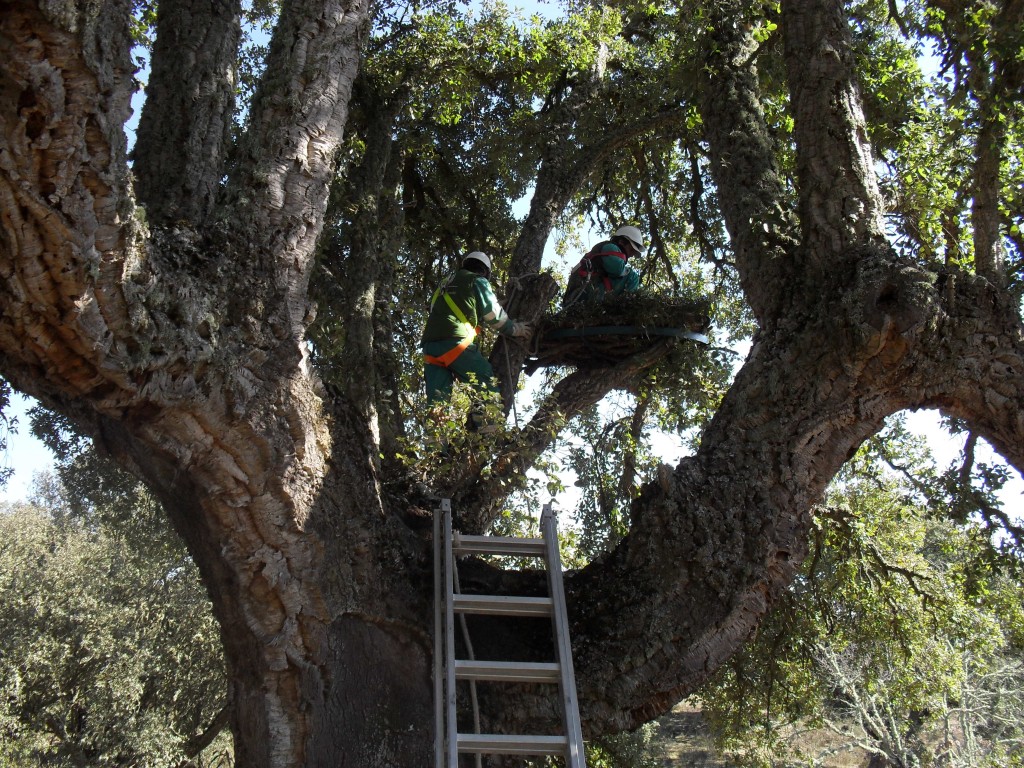